With the updates happening to 2023 Ford Ranger, people still see it as the ‘little brother’ of F-150 Raptor. But even as the downsized version of the F-150, the Ranger will still be coming with all the great features that are generally associated with Ford. It is possible that the upcoming Ranger will be offered in only one style: crew cab design that is connected to a cargo box (in five-foot measurement). Detailed information about the 2023 model is still blurry, but there are several information that have been known so far.

Ford is said to bring Ranger Raptor to the US although it remains unclear when it is going to happen. However, considering that there have been several spy shots on the internet, we can be sure that such a planning will happen soon enough. When you combine such spy shots with the camo prototype of what’s claimed to be the new Ranger, we can have positive hopes that the new 2023 Ford Ranger will be available by the 2023 soon enough.

Engine is always an interesting matter to talk (and discuss) about. Many have suspected that the new Ranger would be running on V6 twin-turbo engine 2.7 liter capacity – the same engine offered for Bronco SUV. It is able to produce 310 hp of power and 400 Nm of torque, which is claimed to deliver punchy performance along auto 10 speed transmission and all four wheel system. The ride will have increased (ground) clearance and high height which makes it solid and tough.

In the interior cabin, there will be some extra exclusive contents although the combination of rubberized materials and hard plastics will remain. Ranger sold overseas has microsuede and leather upholstery. The paddle shifters are made from aluminum with red band steering wheel. The features would be standard, including heated (front) seats, auto dual-zone climate control, remote start, and others.

The Ranger is still waiting crash test evaluation from IHHS and NHTSA, but it doesn’t mean that Ford doesn’t come prepared. They have made sure that cool technologies would be included in the vehicle. Some of the key features would cover:
• Adaptive cruise control – claimed to be available
• Rear cross traffic alert and blind spot monitoring technology
• Auto emergency braking and forward collision warning system
• Information about other technologies and features would be available soon enough

Considering the there hasn’t been much information about the vehicle, we can’t really be sure about the launch date or the price of the vehicle. It is predicted that the new 2023 Ford Ranger will be sold at around $44,500 with availability in 2023. 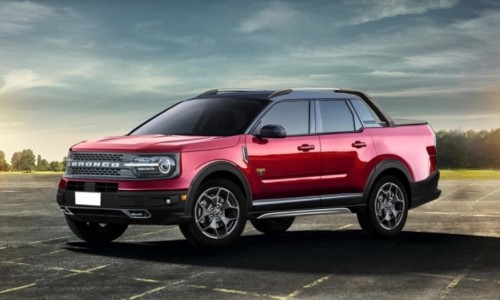 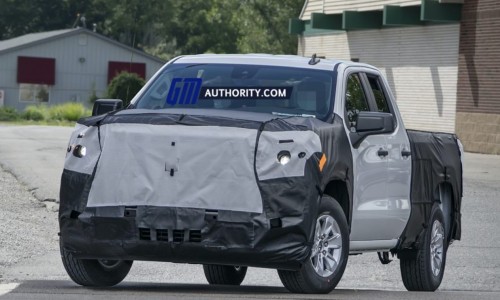