What to expect from 2022 Ford Fusion?  Well, Ford has its own plan about it. For a starter, Ford is going to ‘kill’ the Fusion sedan for good. But they have come prepared with Fusion Active. Fusion Active will be coming as the wagon version from the sedan. Will it be interesting or will it be a blah? We can’t really tell until Ford is truly producing one.

Based on Mondeo wagon (the European model), the Active would be the all wheel driving system with mid lift appearance and tough body cladding.

Ford’s plan doesn’t mean that it doesn’t have its own risks. Producing station wagon in a market filled with SUV brands is definitely risky. But Ford seems to be sure about it, especially since they plan on stopping the sedan’s production.

That’s why they are coming with the lifted model of the wagon – designed to impress and attract appearance.

The wagon construction may be set as the base, but it won’t be wagon-ish completely. Imagine the long roof version of Subaru with all wheel driving system, outdoor construction, and a light raised suspension.

To make it even less wagon-ish, there would be the lower chunky clad on the body to make it different.

Ford may be trying to make Fusion Active as a crossover-type-of sedan and wagon look, but let’s wait and see for market’s reaction. Hopefully, they won’t think of it as a wagon with cross-trainer effect.

See also  2022 Toyota Sienna Might Come only in Hybrid

There hasn’t been any confirmation about the powertrain either, but it is likely that the new 2022 Ford Fusion Active will be coming with inline four turbocharged engine with 2.0 liter capacity. This engine will be paired with auto 8 speed transmission for smooth and effective drive.

What’s confirmed is the all wheel driving system. Rumor has it that Ford will be having a plug-in-hybrid as well as hybrid engine. If it happens, then the electric setup may be similar to those powering the Escape compact crossover.

It means that you can expect four-cylinder engine 2ith 2.5 liter capacity will be paired up with 2 (electric) motors.

Besides the changes on the outside, expect updates on the inside too. Again, up until now, the cabin’s arrangement is a mystery.

However, many auto enthusiasts are expecting the similar style of the other (newer) Ford brands, especially the all electric models, like the Explorer mid-size SUV or the Mustang crossover Mach-E.

These models incorporate a center screen with vertical orientation, a gauge cluster that is fully digital, and also flexible interior cubicle storage.

Hopefully, the Active will also provide comfy back set and generous space for the cargo, considering that Fusion Active will compete against RegalTourX and Outback.

There isn’t any clear information about the upcoming Fusion Active, although many speculations have mentioned about a price range between $30,000 and $40,000. Release date is unclear either, but it is highly likely that the new 2022 Ford Fusion Active will be available quite late in 2021.

See also  2022 Toyota Sienna Might Come only in Hybrid

Gallery of 2022 Ford Fusion Active to Replace the Current Fusion 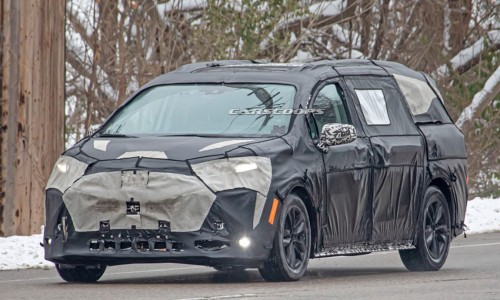