What comes to 2023 Toyota Tacoma? If you think that Ford or GMC dominates the sales for tough and masculine pick-up trucks, you aren’t entirely correct. In fact, the 2020 sales was dominated by Toyota and their Tacoma. It is recorded that Toyota was able to sell 58, 920 Tacoma while Ford Ranger was ‘only’ sold at around 28,350 units. This is one of the reasons the Tacoma is considered one of the most important lines in the company’s collections.

Despite the popularity, you have to admit that Tacoma starts to look outdate – signs of aging is pretty obvious, especially in 2020 model. That’s why the 2023 model is expected and planned to be a completely all-new truck. Naturally, a lot of changes will take place, including for the possibility of electric power and powertrain section.

Toyota is said to have a new platform, focusing on the body-on frame construction. There are several vehicles that will use this architecture for the launching – after all it is designed for bigger SUVs or trucks, such as Lexus LX and Tundra. Tacoma, however, will get the shorter wheelbase (from the TNGA-F) that is likely used by 4Runner and Hilux too. For 2023 Toyota Tacoma model, the truck will come with two bed length options and also three cab styles.

It seems that Toyota will still use the same powertrain for their upcoming Tacoma. It means that the truck will come with V6 engine with 3.5 liter capacity that is matched with auto 10-speed transmission, predicted to deliver 354 hp of power. This arrangement works well for the basic trim.

What about the electric power? Well, Toyota may use powerful (but compact) batteries to preserve the payload and towing abilities while still focusing on the power and impressive fuel economy system. If Tacoma is coming with hybrid power, it will likely use the I4-based engine with 2.5 liter capacity (the similar one found in Lexus and Toyota). It is said to deliver power between 208 hp and 245 hp – basically depending on the ride. In RAV4 Prime plug-in, with stronger electric motors and bigger li-ion battery, the unit is able to deliver 302 hp of power. It is happens to Tocoma, the speed would improve but it will affect the payload and towing ability.

It seems that Tacoma will keep on producing TRD with its various options, including TRD Off-Road, TRD Pro, and TRD Sport. The TRD Pro will likely be the strongest variant because of the higher (ground) clearance, skid plates, revised shocks, and all-terrain tires.

It’s slim that Toyota would change the already exact ‘formula’ for Toyota, given its popularity and favorable trait. However, Toyota does have its challenges to make Tacoma still likable and modern. The company’s focus should be about Tacoma’s strength and the possibility to have hybrid option. Afterward, the company can follow along the evolutionary steps as time goes by. For now, we only have to wait for further release and confirmation of 2023 Toyota Tacoma. 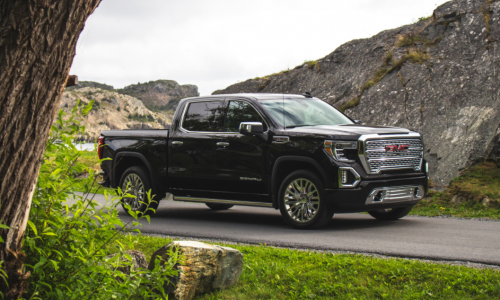