Currently the new Mercedes SL 2023 was spied being test on the public road Germany. It’s still the prototype, though. The new SL class has the same platform as the Mercedes AMG GT. For that reason, the handling and performance should be much better than the previous generation. The details are still scant so far, but many people expect an elegant and tech-savvy interior and either six- or eight-cylinder engine option. Moreover, it is hoped that the new car features a folding fabric roof, replacing the power hardtop as found in the last generation.

When is New Mercedes SL 2023 coming out?

Fans can’t wait for the launch of the next generation SL class. As a lot of photos of the prototype has been revealed, the official debut is upcoming soon. It is now still in its pre-production testing phase so it is expected that Mercedes launches the new SL not later than the end of 2023 so it will be going on sale sometimes early in 2023. Rather than a Benz, the new SL model will exclusively be available as a Mercedes-AMG SL because it now belongs to sport cars.

The recent spy photographs shows that the overall design is inspired by Mercedes-Benz 300 SL which was famous for its exquisite proportions. The car has a long hood, short rear deck, and lengthened axle-to-dash ration. The combination results in stylish appearance. The frontal styling is aggressive and lean, a typical look of Mercedes-AMG GT.

There is no indication that Mercedes will add a folding hardtop to the new SL. Some sources even said that instead of using a folding hardtop, the SL will make use of a canvas roof convertible. But again, there is no evidence for this because of the heavy camouflage covers the top. So far, there is not much detail about the new SL-class’ interior but given that it’s Mercedes, it is assumed that the cabin will feature genuine leather, metal, and wood.

What’s under the skin?

It is highly expected that the German car manufacturer will borrow two powertrains from the new SL class from other performance cars. The SL53 will possibly be generated by the same turbocharged 3.0-liter inline-six that produces 429 HP in the E53 sedan. Meanwhile the more powerful SL63 is the twin-turbo 4.0-liter V-8 from the GT will power up the more powerful SL63. This engine is capable of making 577 ponies.

Those powertrains will allow the revitalized SL models to take on convertible versions of the Lexus LC and the BMW 8-series, both of which have powerful V-8 engines as well as more sporting rivals, such as the Maserati Gran Turismo Convertible and Audi R8.

That’s the speculative preview of the New Mercedes SL 2023. Although not much information is available at the moment, just like the previous SL models, the new ones will come with powerful drivetrain, luxurious interior, good looking exterior, and exclusive entertainment. All of them will contribute to the pleasant ride on the road. 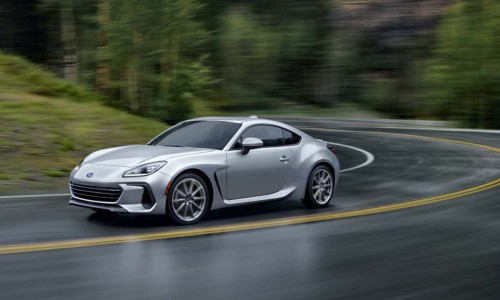